Medway Tunnel - No tolls, not now nor ever under a Conservative administration 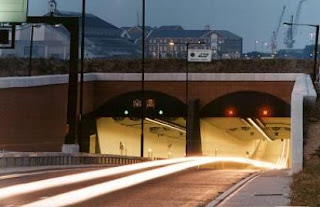 Many Labour blogs keep raising the fear of tolls on Medway Tunnel. Let us make it clear once more.
There are no plans, there have never been any plans and there never will be a toll on Medway tunnel under any future Conservative administration.
The cat was let out of the bag recently when it was revealed that the Medway Labour group had asked Medway Council officers to prepare a feasibility/revenue study on what tolls would mean for Medway Council finances. Council officers are under a duty to prepare reports for, and answer questions raised, by any of the political groups and Councillors. Labour then claimed that 'it was under consideration by Medway Council officers'. Disingenuous or underhand mischief making - you decide.
The truth is that Medway Conservatives will never raise a toll on Medway tunnel. Local Liberal Democrats similarly raise the issue as a scare tactic. In one of their leaflets last year they claimed that we were 'planning to raise tolls', by the second leaflet it had become 'Conservatives had discussed making a toll'. I expect the next leaflet will claim that a Medway Conservative had a dream about tolls!
Posted by Craig Mackinlay - PPC South Thanet at 15:17